For the Love of Sea Turtles – Celebrations, Stewardship, and Thankfulness!

There was a lot of celebrating and excitement at the ACEC Engineering Awards Gala held November 13, 2014 in Durham, N.C., as Jean Beasley expressed her thanks to Cavanaugh for the permitting assistance and sustainable design of the new Karen Beasley Sea Turtle Rescue and Rehabilitation Center. ACEC/NC annually honors engineering firms that demonstrate the highest degree of achievement, value and ingenuity for projects in the state, and chose Cavanaugh as the recipient of the 2015 ACEC/NC Honors Award for Engineering Excellence. As she eloquently told the crowd, “Every project needs a good engineer!” 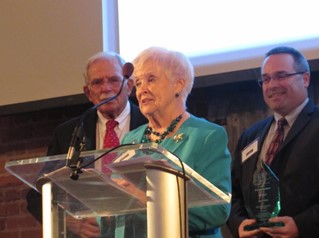 The Karen Beasley Foundation – whose mission is the rescue, rehabilitation and release of federally protected sick and injured sea turtles – envisioned a new facility; one where sea turtles could have needed surgeries, receive physical therapy and rehabilitation, and could accommodate thousands of visitors to extend the reach of teaching others about the neglectful practices that present dangers to these magnificent creatures on the endangered species list. The Karen Beasley Sea Turtle Rescue and Rehabilitation Center is a non-profit organization run by volunteers. The Foundation does not receive federal or state funds, so the $2 million dollar facility was a tremendous undertaking which took patience, partnership and perseverance. The conservation-minded client who advocates preserving our planet desired to make the $2 million facility’s environmental footprint as small as possible. This environmental stewardship program’s mission was a perfect match for Cavanaugh, whose mission is cultivating stewardship of our earthly resources through innovation. The Cavanaugh team embraced the opportunity to compliment the mission of the KBSTRRC, and took every effort to promote conservation throughout design of the site. Every effort was made to preserve aesthetic values of the natural site and support existing species of vegetation by slowly transitioning runoff into a constructed wetland for treatment, then into the natural landscape to avoid flooding and erosion. Cavanaugh’s challenge was to develop a natural, sustainable design that retained the water before it is released into the natural habitat, while minimizing the potential for flooding. The constructed wetlands are carefully designed to remove pollutants from stormwater runoff via gravitational plant uptake, filtering, retention, microbial breakdown and purification, settling and absorption. The site plan included a bus loading and unloading area for visiting students with adjacent parking facilities that support ease of access for those with disabilities, sidewalks, and parking lots, which were carefully phased into the stormwater plan so it would have little or no effect on the natural hydrology of the wetlands.

The dream became a reality on June 6, 2014 as the new state of the art 13,600 sq. ft. veterinary facility opened its doors. The new sea turtle center often houses between 40 and 50 sea turtles, and has had already more than 60,000 visitors. Cavanaugh partnered with the Karen Beasley Sea Turtle in the permitting and site design and has participated in the numerous sea turtle releases. As the partnership with KBSTRRC grew, Cavanaugh became family, and they even named one of their turtles ‘Cavanaugh.’ 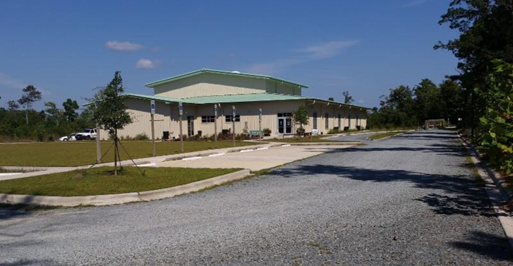 Since opening this past summer, the new turtle facility has been visited by nearly 60,000 people. At any given time, the KBSTRRC may house between 40 and 50 rescued sea turtles, and receives turtles for treatment from the entire eastern seaboard. Jean Beasley, the Center’s founder and Director, devoted her life to saving this endangered species and educating others on the dangers that exist in memory of her daughter, Karen Beasley, for whom the Foundation is named. She deservingly won Oceana’s Ocean Hero Award, North Carolina Wildlife Federation Governor’s Conservation Achievement Award: Conservationist of the Year, and Animal Planet’s Hero of the Year.

This non-profit raises its own funds, and to accomplish a state-of-the-art $2 million facility this size was an amazing feat! Furthering its support of the KBSTRRC, and it commitment to the stewardship of all resources (including financial), Cavanaugh donated the value of its services back to the KBSTRRC to aid in its operations and to provide care for the patients it serves. We are so proud of Jean Beasley and all the volunteers. 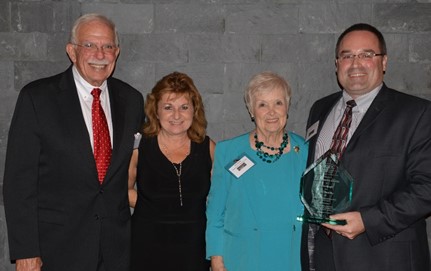 For more information on this project, visit www.seaturtlehospital.org