Compare the Potential: North Carolina has the richest bioenergy reserves, in the form of wastes, in the eastern United States. North Carolina ranks 2nd in the U.S. in the production of hogs and the production of turkeys, ranks 4th in the production of broiler chickens, and is the 9th most populous state. North Carolinians need only look out the window of their home or office to see the reasons why – we live in a very ‘green’ state. Our climate is moderate, with ample resources that attract new residents, businesses, and support a strong agricultural economy. However, North Carolina has been slow to realize the huge potential that may be derived from these organic resources in the form of bioenergy. Why have we spent so much time evaluating the energy resources buried deep in our soils, rather than recognizing the opportunity right in front of us, above the dirt?

Establishing infrastructure systems that capture, purify, and transport the biogas that may be derived from these organic resources creates an infinite energy reserve to draw from, creating jobs and bolstering our economy. 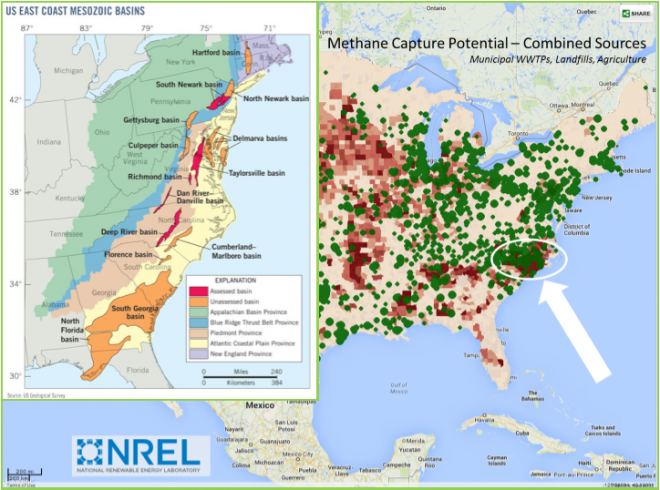 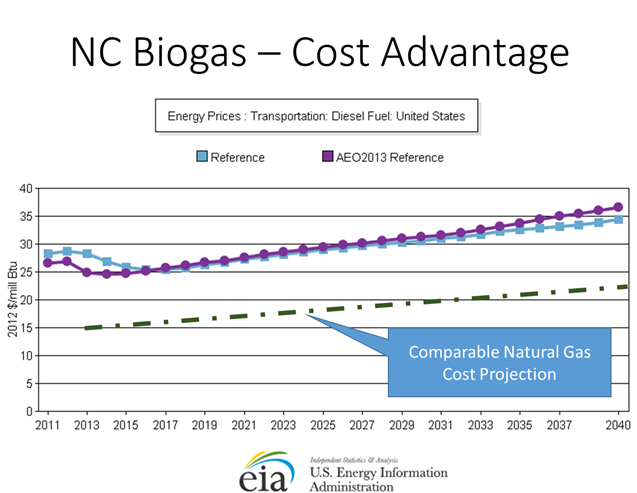  North Carolina must advocate policies and programs that remove obstacles, minimize risk, and promote the development of these valuable resources that bolster NC’s economy and create jobs.

North Carolina needs a roadmap to developing these valuable organic bioenergy resources. Leaders should take steps to identify the policy barriers, risk mitigation strategies, and other inhibitors that have slowed the pace of bioenergy in North Carolina to a crawl. In the absence of these steps, North Carolina simply remains price takers on transportation and energy fuels, and will watch as other parts of our globe pioneer, and profit, from bioenergy systems that attract away biotechnology businesses, and suffer the slow and painful decline of our robust agricultural economy.