In North Carolina, there is quite a bit of attention given to the quest to turn the wastes generated from swine production facilities, commonly referred to as pig farms or hog farms, into renewable energy. But why?

You will find some innovative answers when you look at the Loyd Ray Farms Project designed by Cavanaugh. Below is a summary of the key incentives for “growing our energy” in this innovative way. 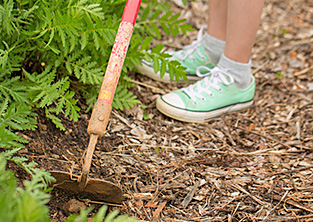 Not since alchemists in the Dark Ages sought to turn lead into gold has there been, seemingly, a more complex transformation: feces into electrons. Of course, farmers have always seen animal manures as “liquid gold,” recognizing the precious value of the nutrients contained in the waste as fertilizer. Unfortunately, animal wastes, and specifically swine waste, have been sources of social concern and political controversy. For example, over the past century, the population in the United States has grown by 300%, while the percentage of the population that grows our food has decreased by over 40%. Each American farmer now produces the food for nearly 160 people. This growing imbalance has created many challenges that today’s swine farmer must manage.

As the population has expanded, so has the reach of development. People move further and further into rural areas, which means moving closer to farms. As people find themselves living in closer proximity to the farms, they are also closer to the sights, sounds, and smells of the farm. All of these factors culminate in an increased interest in the environmental and social impacts of the farms that are now in their neighborhoods.

In addition to addressing the needs to develop renewable energy, addressing social environmental concerns, and sustaining our populations growing food needs, there is a tremendously important economic aspect to this Program. Here in North Carolina, it is estimated that swine production adds over $1 billion to our state’s economy, and the United States is estimated to produce over 10% of the world’s supply of pork. The U.S. is second in pork production only to China. Sustaining this very significant part of our economy through alternate revenues, such as renewable energy generation, makes very good sense.

It is of great importance to the global economy to find ways to sustain existing farms and build new farms meet increased demand and replace farms that are being eliminated through attrition is of great importance to our economy. The unfortunate alternative is the reduction and ultimate demise of farming in many areas, as new farms are built in other states and other countries in an effort to satisfy the demand. For these areas where farming shrinks, food quantity, quality, and costs are increasing concerns.