At the ACEC Engineering Excellence Awards in Washington, D.C. on April 23, 2013, Cavanaugh received one of the nation’s most prestigious engineering awards – the ACEC Honor Award for Excellence in Engineering Design for its Loyd Ray Farms Waste-to-Energy Project.  Tory Wagoner, Marvin Cavanaugh, Gus Simmons and Steve Cavanaugh, received the award, and were accompanied to the black tie event by their wives.  It is truly an honor to receive this recognition as state-of-the art projects were presented from all over the globe. 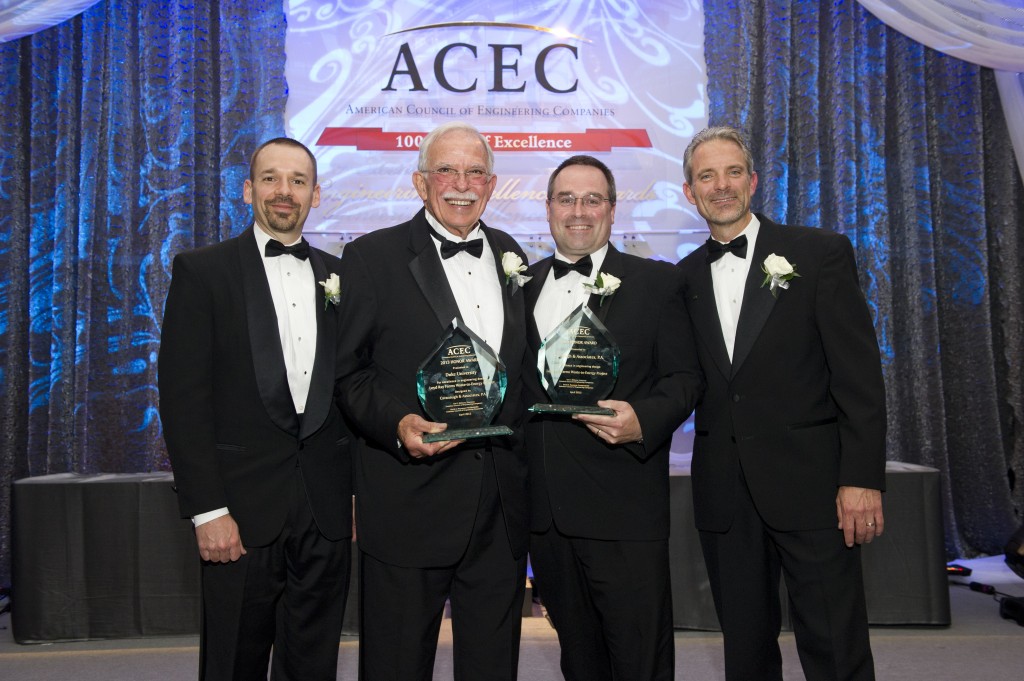