The direct impacts of farms of the future developing energy independence have been well discussed in our previous post, Farms of the Future. However, there are many, equally important, secondary impacts that will benefit our planet as our population continues to grow. As these secondary impacts are not the focus of this report, the key concepts are only introduced. It is important to note the additional benefits that may be derived from investments in agricultural energy development to aid planners, policy-makers, and world leaders in allocating resources for food development. 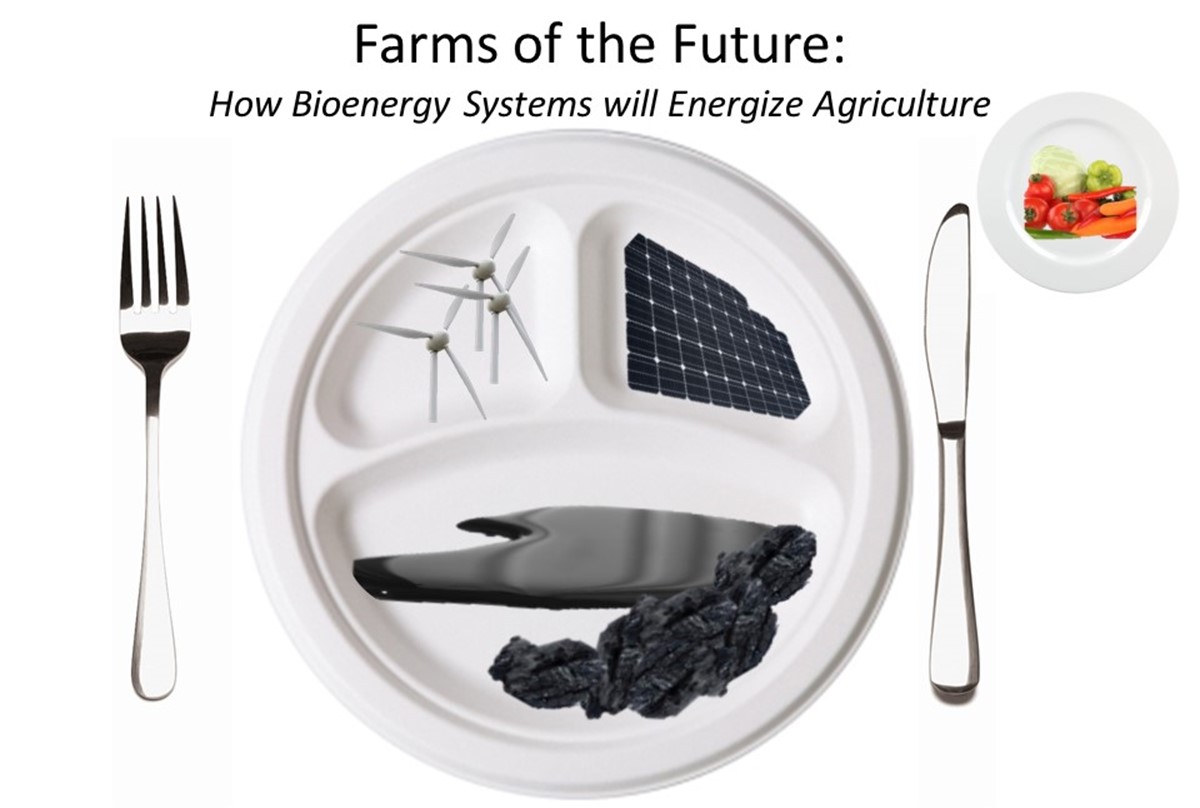 Various sources, including the United Nations, have attempted to estimate the greenhouse gas (GHG) emissions from the major economic sectors, including power generation, transportation, industry, waste disposal, and agriculture. The exact figures of these sources vary greatly; however, most sources cite agricultural practices contributing to approximately 12% of GHG emissions. As farms of the future will require greater energy inputs as described above, the relative contributions agricultural production will have on global GHG emissions will increase significantly unless new, renewable, sustainable energy generation techniques can be implemented on the farm.

Farm-related GHG emissions are typically described as those associated with animal manures, crop residue decomposition, and fossil fuel consumption by mechanization. There are great opportunities to reduce GHG emissions from all three of these major sources. Relative to animal manures, practices such as anaerobic digestions will allow farms, both great and small, to collect and direct animal manures to a process that will harvest methane that would otherwise have been released to the atmosphere and either flare or use as a fuel. The combustion of this methane represents a 21-fold reduction in GHG emissions. Crop residues may, in many cases, also be directed to anaerobic digestion processes, repurposed for animal feed, or simply harvested for use in some other bioenergy application, such as gasification or pyrolysis. All of these opportunities represent opportunities to provide for the fuel and energy needs of the farm, either jointly or independently.

In many developed countries, steps have been taken to reduce GHG emissions that have created markets whereby the reduction in GHG emissions in one sector may be used to offset emissions by another to meet regulatory requirements or simply the demands of consumers. These offsets are often referred to as carbon credits, measured as the impact of reducing GHG emissions by one metric ton annually. The creation of these markets creates another revenue potential for farms of the future, as well as contributing to the overall atmospheric emissions improvement of the planet.

Farms of the future will implement technologies, sensors, and communications systems to identify the required amount of organic material to return to the soil to maintain soil and crop health, while harvesting the excess for biofuel and bioenergy production. Farmers of the future will lead our planet in organic recycling programs; returning the optimal amount of carbon, nutrients, and water to the environment while utilizing the excess to produce food and fiber for our growing population.

Similar to the discussion of GHG emissions, above, many parts of the developed world have begun addressing the nutrient releases from waste treatment processes in a fashion that creates markets for nutrient trading credits. Farms of the future may be able to utilize improved mechanization, sensors, and computerization to actively monitor crop nutrient needs, and specifically address the needs of each plant rather than broadcast fertilization. In doing so, the total nutrient needs of the farm may be reduced, resulting in reductions in non-point source discharge of nutrients to surface waters. If these reductions can be documented (most often documented as a reduction in source nutrients applied), a nutrient credit may be created that has value in the market. These nutrient credits create the potential for additional revenues for the farms of the future, in addition to the benefit to society through reduced surface water pollution potential.

Further, the energy generation opportunities for farms of the future, as described herein, create opportunities for farmers to reclaim nutrients from animal manures and crop residues, and repurpose these nutrients that have typically been wasted for crop fertilization. This creates opportunities for reductions in the acquisition and distribution of fertilizers derived from fossil fuels, and the environmental benefits to the planet that are according. Farms of the future will benefit from working with other waste managers in their communities to collect and receive other wasted organic materials, such as pre- and post-consumer food wastes, so that nutrient repurposing can be increased, and nutrient release through conventional municipal waste treatment, for example, may be greatly reduced.

In addition to the GHG emission reductions described above, implementation of energy harvesting techniques on farms of the future will likely result in the reduction of other air emissions from the farms, such as odorous compounds and ammonia from animal manure decomposition. As farms of the future collect animal manures and excess crop residues, and repurpose these wastes to generate energy and fuels, a commensurate reduction in the emission of aerosols associated with the natural decomposition of these materials is to be expected. As urban sprawl and rural development occurs, bringing human inhabitation closer to farms, the improvements in air emissions will lessen tensions between farmers of the future and residents, as well as resulting in a marked improvement in air quality around the farms. Also, as these farms plant crops that consume carbon dioxide and other air constituents, farmers of the future will aid in air quality improvement, which may result in markets yet to be identified to help sustain these farms, economically.

As described above, farms of the future will utilize improvements to mechanization, sensors, and computerization to determine, on a plant-by-plant and animal-by-animal basis, what the specific needs (food, nutrients, medicine, water, etc.) of each may be, and deliver those needs in a manner that provides for optimal uptake and production efficiency. Through these efficient delivery systems, farmers of the future will reduce waste of nutrients and water that must be disposed to the environment, reduce runoff of animal manures, fertilizers, and crop residues due to rainfall, providing for improved surface water quality.

More efficient, ‘smart’ irrigation practices will also reduce withdrawal needs, per unit food produced, of both surface water and groundwater resources. This reduction in water requirement will reduce stresses on water supplies associated with agricultural needs, which when coupled with other water withdrawal improvements of other sectors, will hopefully result in reduced salt water intrusion of groundwater supplies, and reduced volume of surface waters exposed to wetlands and other natural ecosystem-based water quality systems.

Although it has been stated multiple times in this report, the relationship between food, water, and energy may not be viewed as independent. The positive impacts that farms of the future will make in water utilization efficiency must be matched by utilization efficiencies in other sectors. The additional 2 billion people inhabiting Earth in 2050 will require more fresh water for consumption and sanitation, which means greater pressures on existing water supplies, leading to increased global water scarcity. Farms of the future must be leaders in water stewardship – ensuring every liter is used for beneficial purposes, not wasted, and reclaimed for reuse for irrigation or other agricultural needs. Farms of the future will become their own reservoirs for water needed, utilizing the benefits of cropping systems to treat waste waters that are generated, return water extracted from natural sources to nature in a manner that sustains the environment, and makes the most of every liter managed.

It goes without saying that, given the improvements and benefits described herein, both direct and indirect, that farms of the future will contribute to the betterment of health world-wide. Today, we see much of the globe already suffering from hunger and under-nourishment. Farms of the future must overcome the challenges with food production, preservation, transport, and delivery to provide ample fresh food to a growing population. The projected population increases, unfortunately, also strongly correlate with areas identified as presently undernourished. As a global society, we must work to improve agricultural production efficiencies in these areas, and strive to build sustainable food production systems.

In addition to providing for the healthy nutrition of our planet’s inhabitants, farms of the future will implement the practices described herein to provide for improved air quality, improved water quality, and stewardship of our fresh water supplies.

The preceeding article reflects concepts from a presentation Gus Simmons made at the Fifth International Symposium on Energy from Biomass and Waste, San Servolo, Venice, Italy; 17 – 20 November 2014 Additional information can be found in the Proceedings. ã 2014 by CISA Publisher, Italy