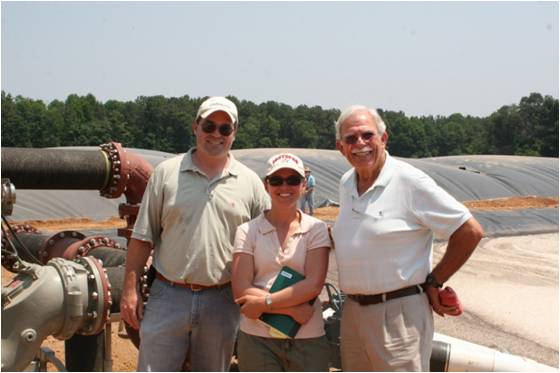 In 2010, Cavanaugh, along with Duke University and Duke Energy, joined forces with Mr. Loyd Bryant, owner of Loyd Ray Farms, a NC based hog-finishing facility, to construct an innovative swine waste management system. The biomass renewable energy project was to generate electricity from the biogas (approximately 60% methane) produced and captured by the innovative system. The anaerobic digestion process converts organic carbonaceous compounds to methane, which combusts in the microturbine to generate electricity. The electricity generation from the microturbine generates over 0.5 Megawatts of power per year, captures methane and reduces greenhouse gases that would otherwise be emitted from the lagoon-and-sprayfield system that the innovative system has now replaced. Methane is twenty-one times more potent a greenhouse gas than carbon dioxide. When the methane is combusted in the microturbine, it is converted to carbon dioxide. Thus, for each ton of methane previously emitted from the farm’s lagoon, there is now a 21-fold reduction in GHG potency. 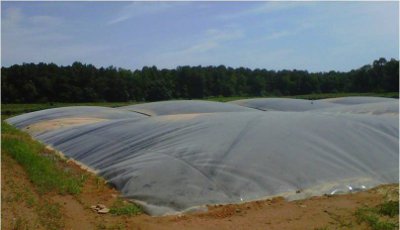 Duke now counts the greenhouse gas emission reductions (otherwise known as carbon offsets) toward its voluntary carbon neutrality goal. This project is expected to prevent the release of the equivalent of 5,000 metric tonnes of carbon dioxide per year, which is the equivalent of taking 900 cars off the road. Duke Energy also counts the renewable energy generated by the mictroturbine toward its Renewable Energy and Energy Efficiency Portfolio Standard (REPS) requirements to obtain renewable energy credits. Thanks to the North Carolina Utilities Commission pursuant to Commission Rule -66, Loyd Ray Farms now to qualifies to earn Renewable Energy Certificates (RECs) that are eligible for use by an electric power supplier to comply with the North Carolina Renewable Energy and Efficiency Portfolio Standard established in NCGS § 62-133.8.